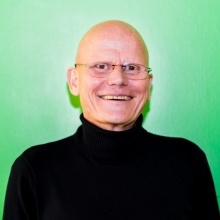 Petri Nets and Mazurkiewicz Traces Partnership when Honeymoon is Forgotten

History. In the mid 1970-ties it became clear that free partially commutative monoids play a central role for the analysis and the understanding of concurrent systems. The foundations were developed in the 1973 JACM-paper by Robert Keller [1]. A few years later, in 1977 Antoni Mazurkiewicz published his seminal Aarhus technical report where he showed that, indeed, partial commutation describes the semantics of one-safe Petri nets perfectly [2]. He also introduced a graphical representation of elements in free partially commutative monoids. In his notation a “trace” is not a (firing) sequence of the net, but a labeled, directed and acyclic graph with an immediate visual understanding.

Honeymoon. A concurrent system has a visual representation (a one-safe Petri net), the executions have a visual representation as a trace. The set of all executions are recognized by an asynchronous automaton in the sense of Zielonka ([3]) with a purely algebraic semantics using syntactic congruences. Languages accepted by asynchronous automata have finite syntactic monoids. The Eldorado!

Honeymoon is over. Partnership remains: trace theory as a basic algebraic concept should not be forgotten.

My lecture. In my talk I will discuss the basic mathematics and extensions to notions of a semi-trace and/or a partial trace. These concepts can be applied to more general types of Petri nets, still the algebra can be expressed within the theory of free partially commutative monoids. It is a versatile tool connecting semantics and combinatorial algebra.

My only friend, the end. “Trace theory, may you stay forever young.”1